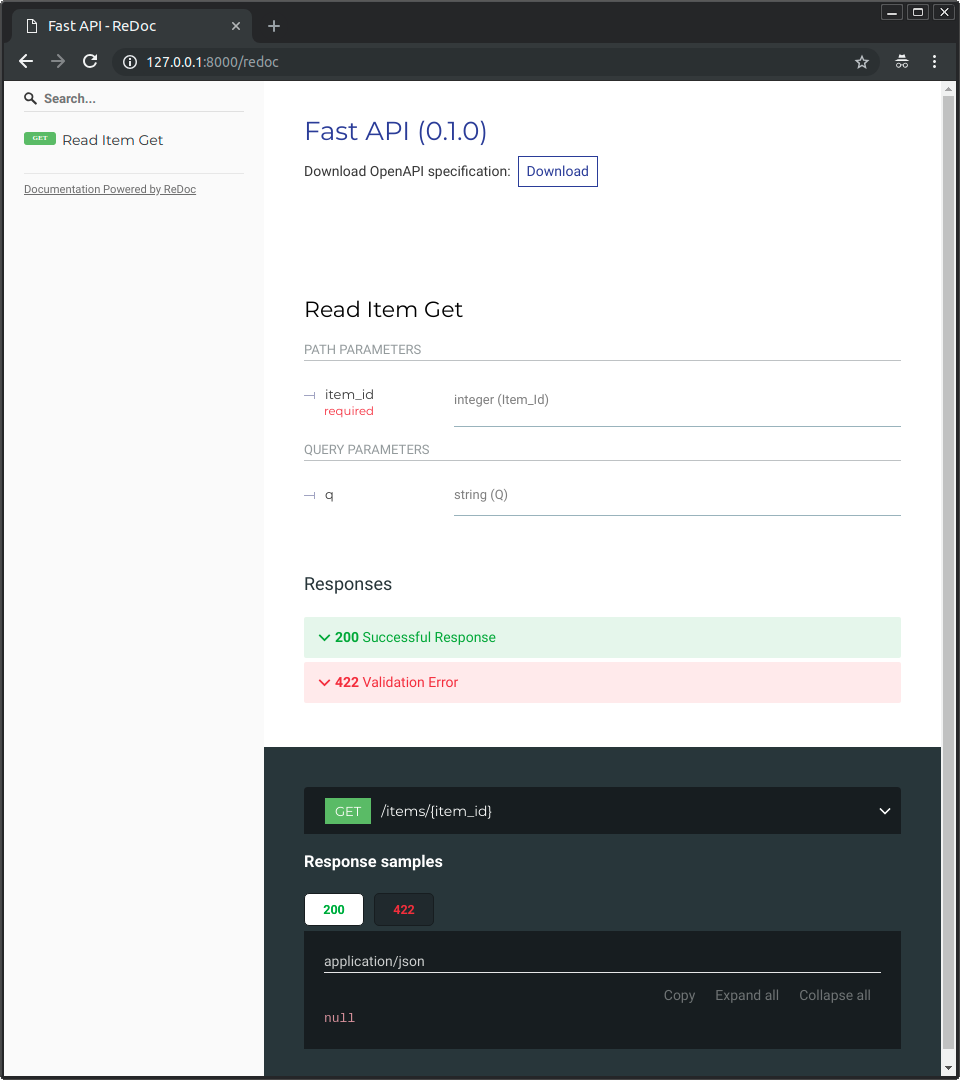 A "schema" is a definition or description of something. Not the code that implements it, but just the abstract description.

This OpenAPI schema would include your API paths, the possible parameters they take, etc.

If you are curious about how the raw OpenAPI schema looks like, it is just an automatically generated JSON with the descriptions of all your API.

This OpenAPI schema is what powers the 2 interactive documentation systems included.

Building an API, the "path" is the main way to separate "concerns" and "resources".

For example, when using GraphQL you normally perform all the actions using only post.

It will be called by FastAPI whenever it receives a request to the URL "/" using GET.