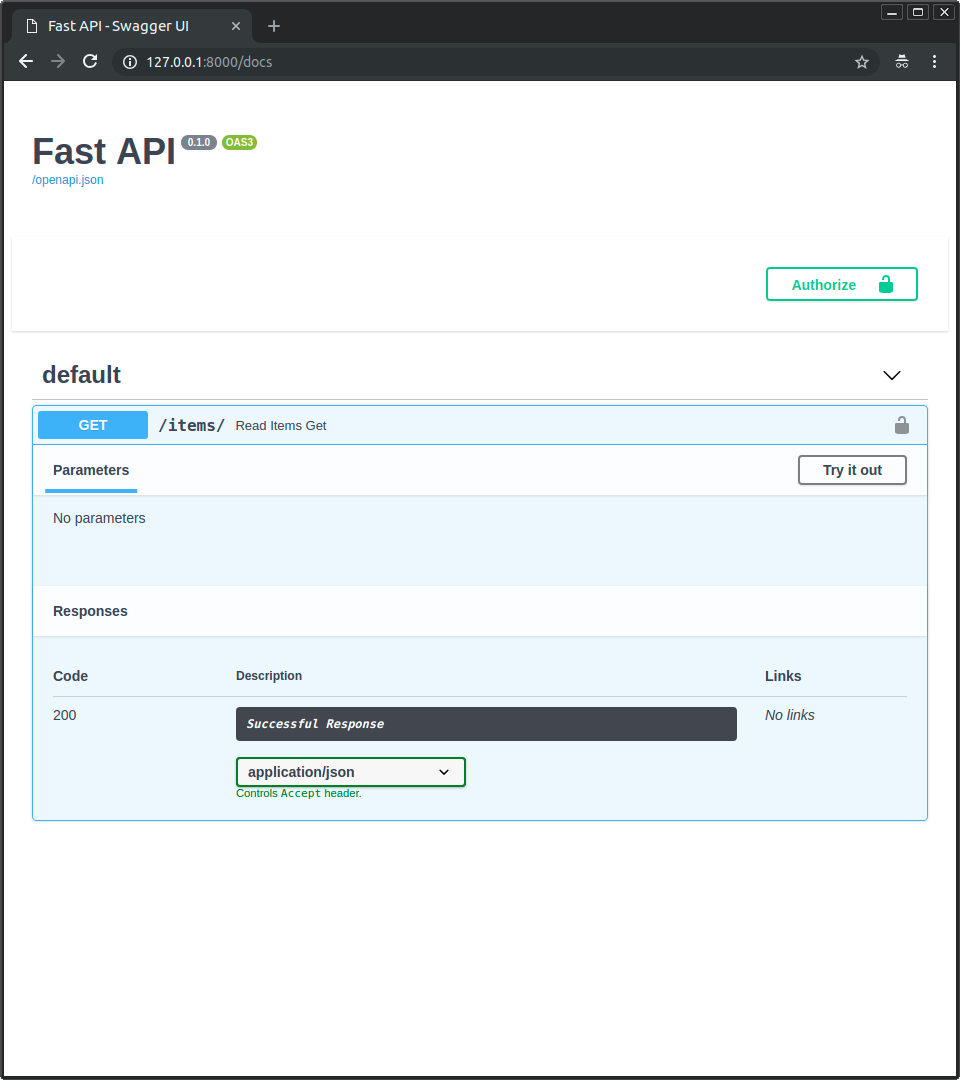 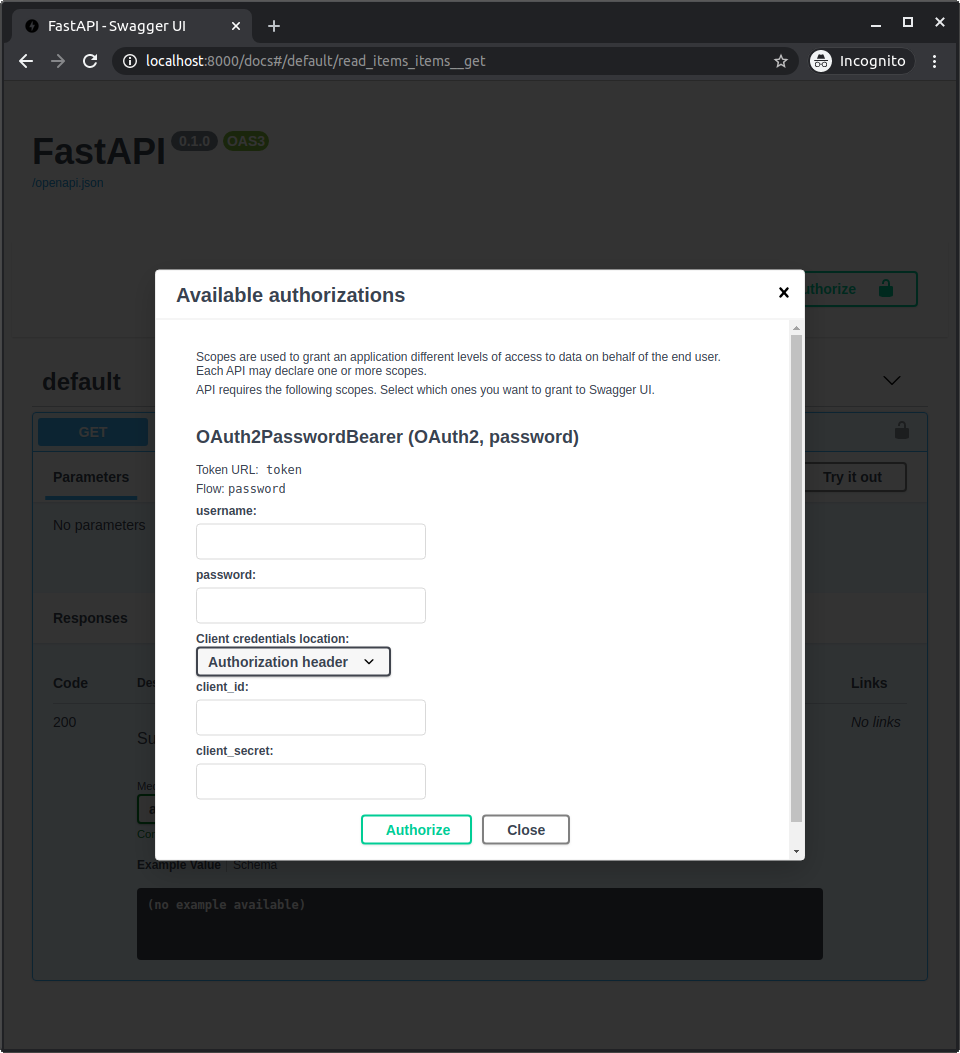 Here tokenUrl="token" refers to a relative URL token that we haven't created yet. As it's a relative URL, it's equivalent to ./token. 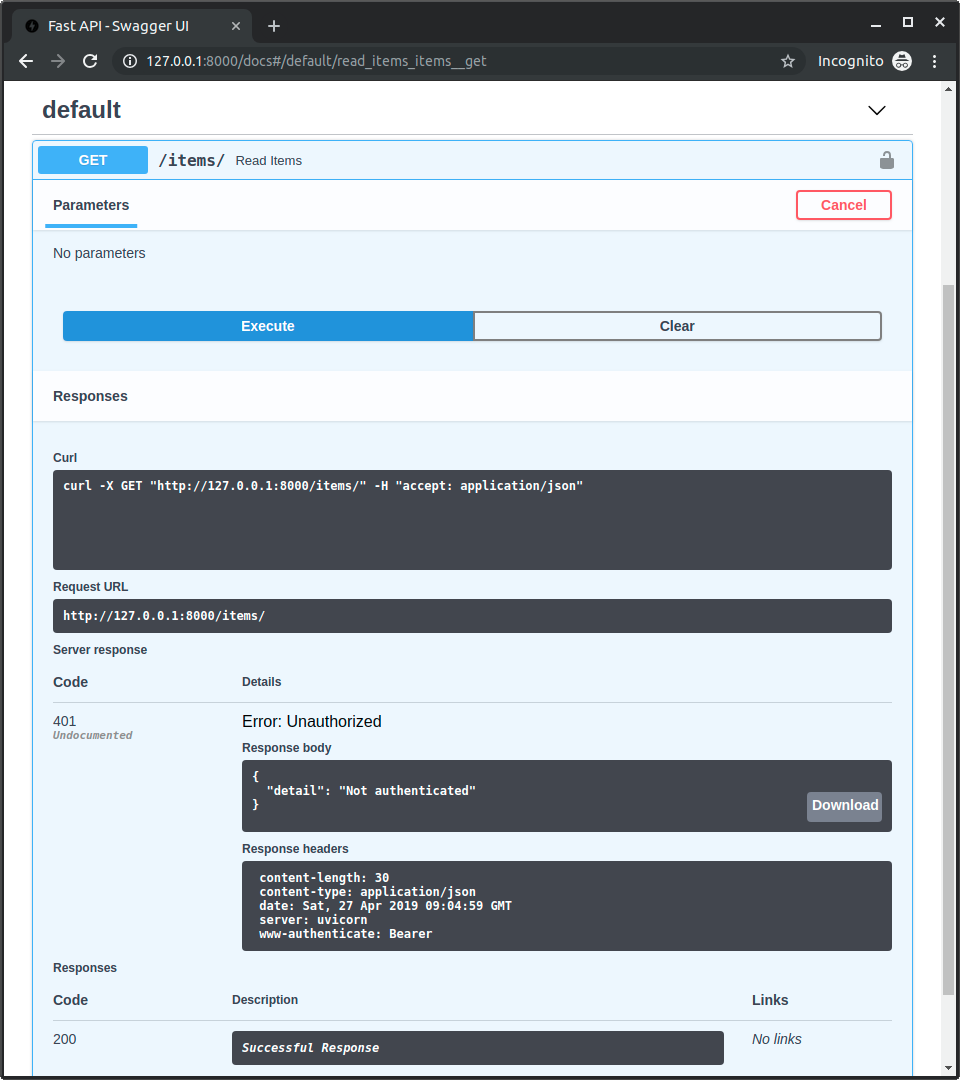