Ana içeriğe geç
Subscribe to the FastAPI and friends newsletter 🎉

FastAPI has a very powerful but intuitive Dependency Injection system.

It is designed to be very simple to use, and to make it very easy for any developer to integrate other components with FastAPI.

"Dependency Injection" means, in programming, that there is a way for your code (in this case, your path operation functions) to declare things that it requires to work and use: "dependencies".

And then, that system (in this case FastAPI) will take care of doing whatever is needed to provide your code with those needed dependencies ("inject" the dependencies).

This is very useful when you need to:

All these, while minimizing code repetition.

Let's see a very simple example. It will be so simple that it is not very useful, for now.

But this way we can focus on how the Dependency Injection system works.

Create a dependency, or "dependable"¶

Let's first focus on the dependency.

It is just a function that can take all the same parameters that a path operation function can take:

And it has the same shape and structure that all your path operation functions have.

You can think of it as a path operation function without the "decorator" (without the @app.get("/some-path")).

And it can return anything you want.

In this case, this dependency expects:

And then it just returns a dict containing those values.

Declare the dependency, in the "dependant"¶

The same way you use Body, Query, etc. with your path operation function parameters, use Depends with a new parameter:

Although you use Depends in the parameters of your function the same way you use Body, Query, etc, Depends works a bit differently.

You only give Depends a single parameter.

And that function takes parameters in the same way that path operation functions do.

You'll see what other "things", apart from functions, can be used as dependencies in the next chapter.

Whenever a new request arrives, FastAPI will take care of:

This way you write shared code once and FastAPI takes care of calling it for your path operations.

Notice that you don't have to create a special class and pass it somewhere to FastAPI to "register" it or anything similar.

You just pass it to Depends and FastAPI knows how to do the rest.

To async or not to async¶

As dependencies will also be called by FastAPI (the same as your path operation functions), the same rules apply while defining your functions.

You can use async def or normal def.

It doesn't matter. FastAPI will know what to do.

If you don't know, check the Async: "In a hurry?" section about async and await in the docs.

All the request declarations, validations and requirements of your dependencies (and sub-dependencies) will be integrated in the same OpenAPI schema.

So, the interactive docs will have all the information from these dependencies too: 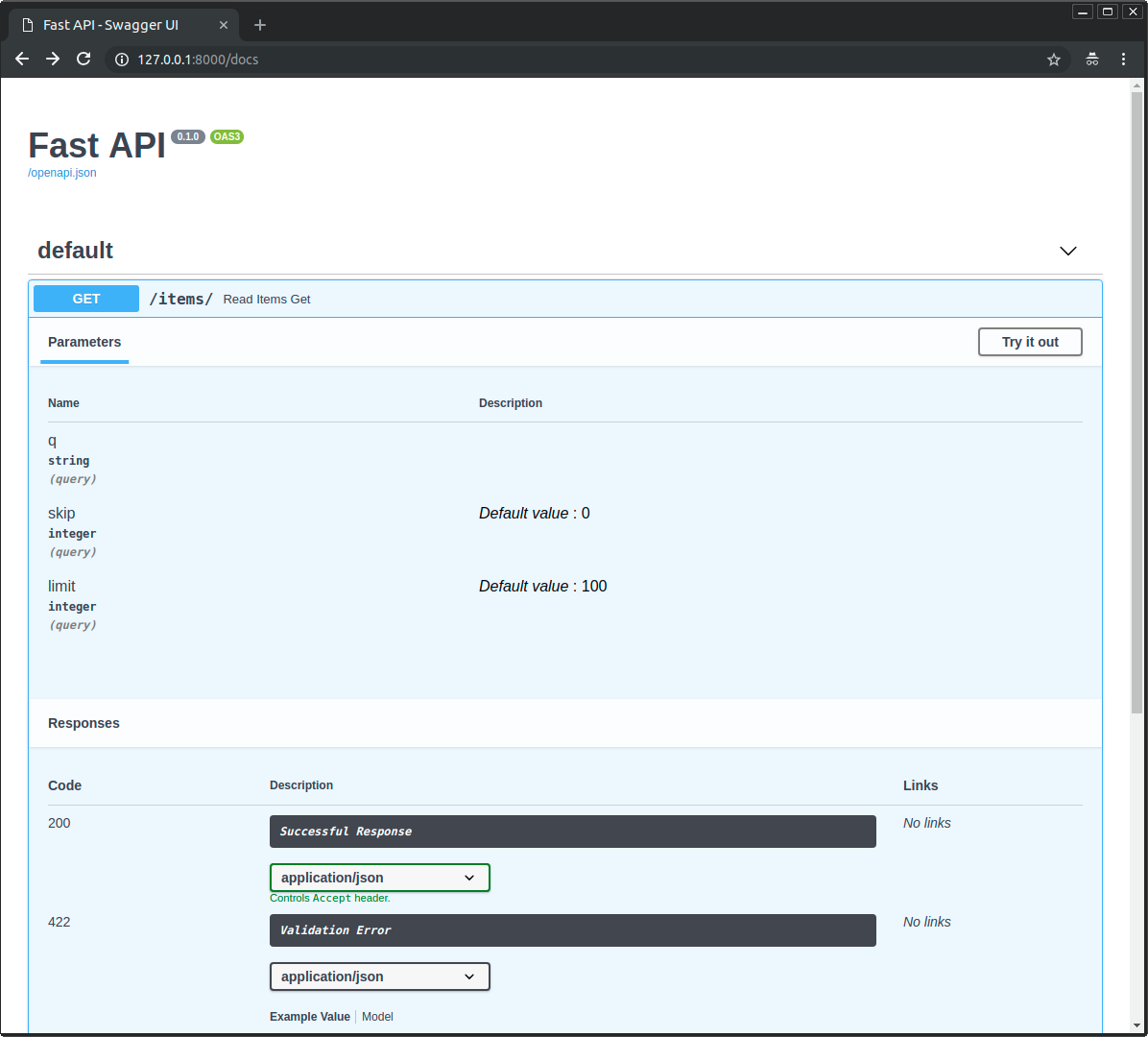 If you look at it, path operation functions are declared to be used whenever a path and operation matches, and then FastAPI takes care of calling the function with the correct parameters, extracting the data from the request.

Actually, all (or most) of the web frameworks work in this same way.

You never call those functions directly. They are called by your framework (in this case, FastAPI).

Other common terms for this same idea of "dependency injection" are:

Integrations and "plug-in"s can be built using the Dependency Injection system. But in fact, there is actually no need to create "plug-ins", as by using dependencies it's possible to declare an infinite number of integrations and interactions that become available to your path operation functions.

And dependencies can be created in a very simple and intuitive way that allow you to just import the Python packages you need, and integrate them with your API functions in a couple of lines of code, literally.

You will see examples of this in the next chapters, about relational and NoSQL databases, security, etc.

The simplicity of the dependency injection system makes FastAPI compatible with:

Although the hierarchical dependency injection system is very simple to define and use, it's still very powerful.

In the end, a hierarchical tree of dependencies is built, and the Dependency Injection system takes care of solving all these dependencies for you (and their sub-dependencies) and providing (injecting) the results at each step.

For example, let's say you have 4 API endpoints (path operations):

then you could add different permission requirements for each of them just with dependencies and sub-dependencies:

All these dependencies, while declaring their requirements, also add parameters, validations, etc. to your path operations.

FastAPI will take care of adding it all to the OpenAPI schema, so that it is shown in the interactive documentation systems.